One of the rules of Janathon is that you must blog about your jog (or exercise of your choice) within 24 hours.  Oops.  I'm six hours too late with Day 18's post but, frankly, I'm too tired to care.

Followers of Bassman's blog will know that the kittens were spayed on Thursday morning.  They have been confined post-surgery to the Kittenry because they aren't allowed to jump up on things and there is entirely too much jumping temptation in the wider house, and I have been sleeping in the Kittenry with them because they are just little girls who have had big surgery and might need me during the night.  And because I'm a bit of a hypochondriac on their behalf. 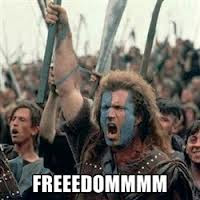 I was SO TIRED but I did manage to get myself to the gym later that day for an uneventful upper body workout and the usual cardio things.  I can't actually remember the rest of the day, aside from having a couple of glasses of red wine while watching telly...nope, it's a complete blank, and that is NOT due to the wine.

Friday night in the Kittenry was a lot better.  The girls had more or less adjusted to their helmets and happily snuggled in with me at bedtime.  We all fell asleep at a reasonable hour.  I was awakened by Pandora using the litter tray at 6.30am and took the opportunity to see what Willow was up to.  Quelle surprise, the Kitty Escape Artist quietly had gotten out of her helmet sometime during the night and was having a thorough wash.  Her spay wound looked to be okay, so she must have left the stitches alone.  I de-helmeted Pandora and spent the next hour watching them wash themselves and each other, until Maia's demands for breakfast became too noisy to ignore.

The rest of the day was filled with tending to the kittens and reintroducing them to Maia, who thinks that they are new kittens because they smell like Germolene and not like themselves.  There's been much hissing from Maia, but the kittens are unperturbed and just carry on with their own business, much of which involves washing Maia's ears, using her as a foot rest, and trying to sneak up on her for some snuggling.  Because of kitten duties, I hadn't planned to do any exercise at all; Bassman, however, very supportively prompted me to at least go for a walk and then came with me to make sure that I didn't just find a quiet spot in the woods for a sleep.

So, for Day 19 of Janathon, I went for a 1.6 mile walk with my husband.  But even though I may not be logging the wrangling of kittens as official Janathon activity, believe me, it counts.
Posted by Matchgirl at 19:51